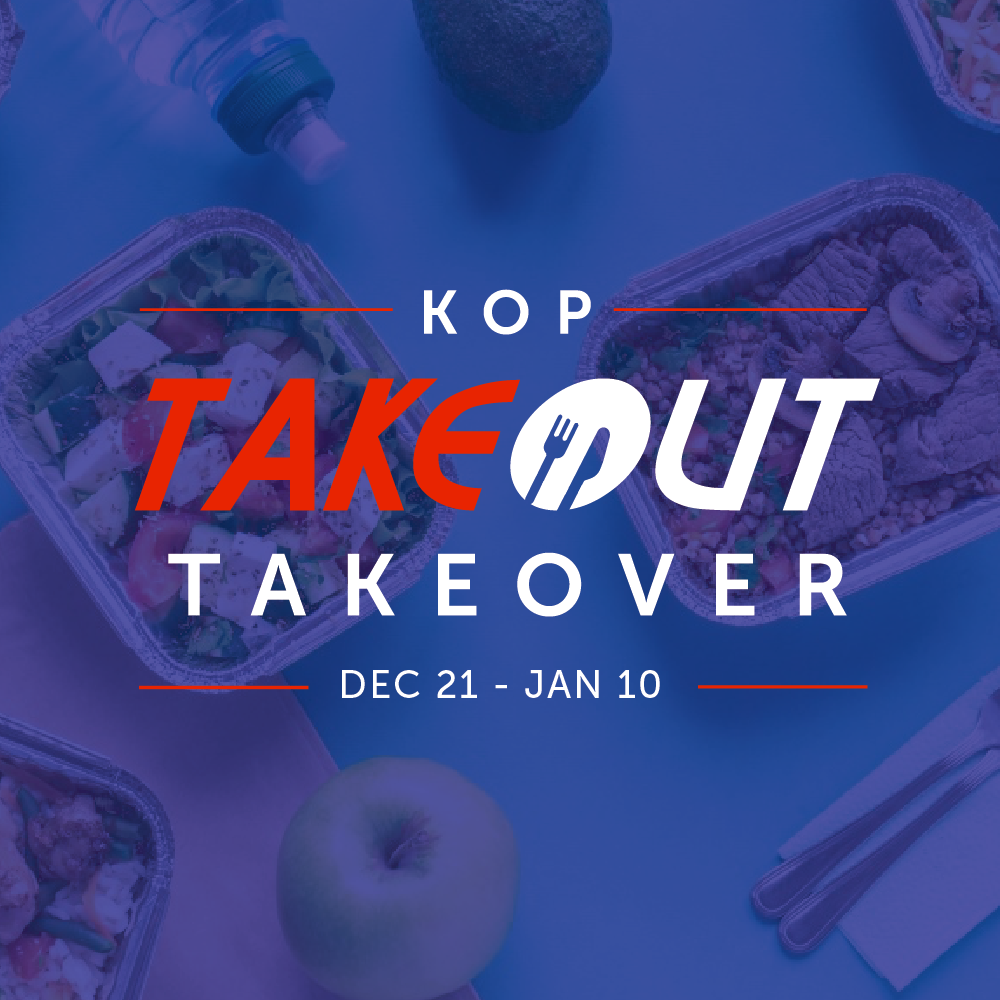 In response to the mandatory shutdown of indoor dining just before the holiday season, King of Prussia District was eager to support our restaurant community during what would traditionally be their busiest time of the year. While we originally planned to run a takeout campaign in January, we pushed up the promotion in light of the new restrictions.  KOP Takeout Takeover launched Dec. 21 and ran through Jan. 10, featuring specials, deals and promotional menus exclusive to the campaign from 16 KOP restaurants.

King of Prussia District supported this campaign with paid social ads and also purchased gift cards from all participating restaurants to use for social giveaways. Throughout the campaign we created 15 Instagram story takeovers featuring mouth-watering photos and videos and 14 gift card contests. We saw an average click through rate of 24 clicks directly to restaurants’ Instagram accounts and an average of 29 engagements per giveaway. We also saw 5,620 visitors to our web page created specifically for this promotion.

At the end of the campaign, King of Prussia District received positive feedback from restaurant managers, reporting a rise in takeout sales and plenty of uses of their special promo codes/deals while their dining rooms were shut down. Restaurant managers also wanted to extend their appreciation to their guests who have remained loyal throughout this time.