Working in conjunction with Upper Merion Township, King of Prussia District provides a progressive approach to zoning so that your career, family and fun are never far apart. With this in mind, King of Prussia is evolving into a mixed-use, increasingly walkable environment that integrates the most important components of a healthy life.

In 2014, recognizing a shift in company and employee preferences for mixed-use, pedestrian oriented amenities, Upper Merion Township (UMT) and King of Prussia District collaborated to produce a new mixed-use district for Moore Park. The new zoning district and SALDO is a major step toward restoring the area to its past status as suburban Philadelphia’s premier office park. Changes to the Subdivision and Land Development Ordinance were also made to improve design standards and encourage institutional quality investments.

In 2020, King of Prussia District and Upper Merion Township expanded the District’s boundary to include Renaissance Park, Discovery Labs and the GlaxoSmithKline facility. King of Prussia District engaged Stantec, a multi-disciplinary consulting firm, to facilitate a series of meetings with commercial property owners, public agencies, business tenants and residents. The process also included a visioning exercise, interviews and surveys that culminated in an action plan for the business park. This generated Renaissance Park, GSK and Discovery Labs Stakeholder Engagement: Ideas and Actions for the Future.

The report provides a matrix of prioritized improvements with estimates and suggested stakeholder participation. Improvements to pedestrian and transportation infrastructure, streetscape, signage, design guidelines, public spaces and special events are included in this road map. 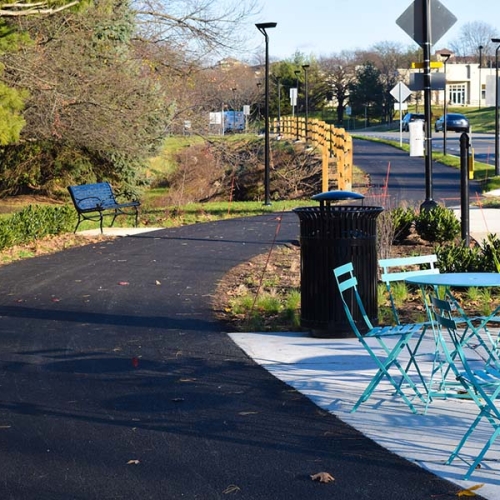 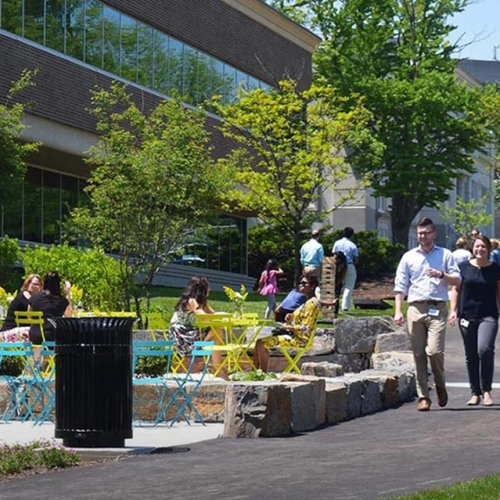 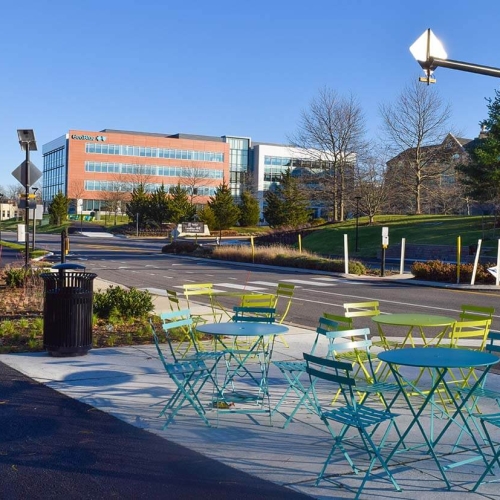