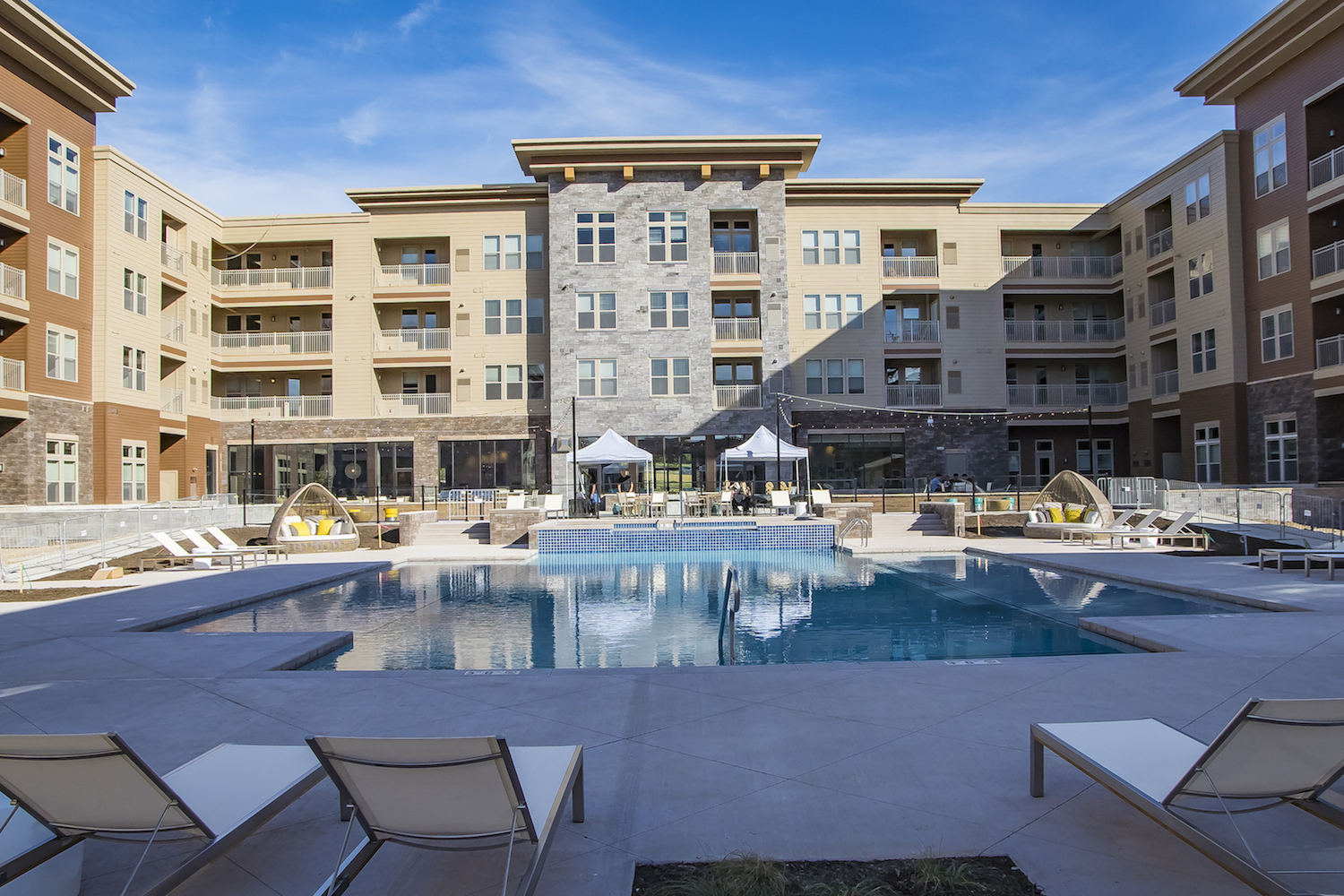 As anyone who has driven by The Village at Valley Forge or made their way through Moore Park KOP knows, there’s no denying that KOP is in the midst of a multi-family housing boom. Since 2016, eight new multi-family communities opened, each with their own identity and diverse suite of amenities. But with 2,939 units delivered in just three years, many wondered, “is this too much, too soon?” Not so, says a CoStar report released on July 11, 2019. It seems this growth is right in line with the demand, and performing better than competing markets in the area.

CoStar evaluated average move-ins per month during lease-up for multifamily projects delivered in King of Prussia and five other markets in the Philadelphia metro area in 2017-2018. According to their findings, “while large apartment properties that delivered in the Philadelphia metro area during the past two years have averaged 15 move-ins per month over the course of lease-up, within King of Prussia, it has been 30% faster, averaging just over 19 units per month.” 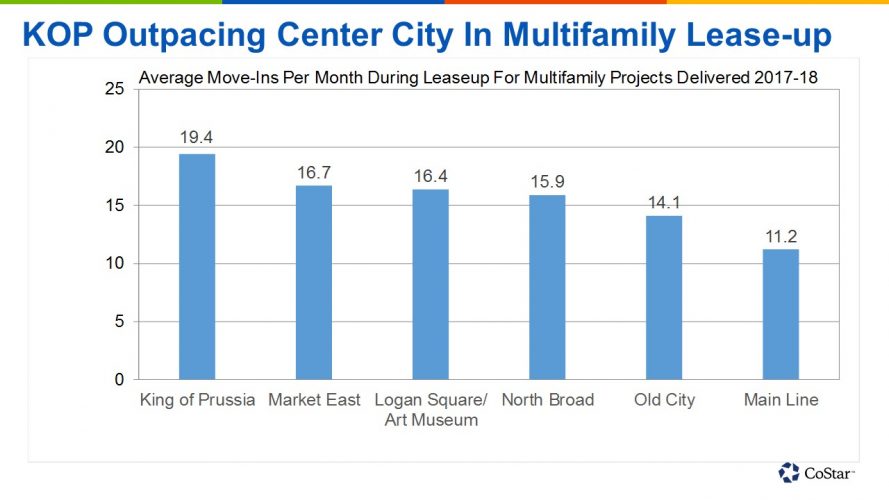 The report also looked at average lease-up rates and found that the three developments that delivered in the summer of 2018 are all reporting more than 70% of units leased. These are similar to findings from King of Prussia District’s 2018 survey of all new multi-family deliveries, which showed an average of 72% of units leased. What’s more, the new multi-family units are not having a negative impact on existing apartment complexes. Morgan Properties, the largest owner of existing apartment units in KOP, reported occupancy of 95.35% on its 919 existing units.

It should be no surprise that apartment living is thriving in KOP. These beautiful new communities are flush with incredible amenities and are perfectly situated in an area known for world-class retail, dining, entertainment and recreation. King of Prussia is also easily accessible by major highways and public transportation – and with plans for King of Prussia Rail moving steadily forward, residents may soon enjoy an easy and efficient ride to and from Center City and University City.

So why does all of this matter to King of Prussia District, whose mission is to improve the economic environment in King of Prussia? In our survey of multi-family property owners, we are learning that many of the new units are occupied by people who work in King of Prussia. More people living here means less people commuting in. And the less people commuting in every day, translates to fewer cars and less congestion. Many renters today seek a true live-work-play community. With The Village at Valley Forge and the 2014 rezoning of Moore Park, KOP is quickly becoming that. Commuters-turned-residents are reporting a better quality of life, with hours of travel time saved every day.

“Before moving to King of Prussia, I had to commute about an hour to work every day each way. I now have a five-minute commute to work and am loving the access to the incredible retail offerings, the dining, entertainment and Valley Forge National Historical Park,” shared Alex C. a resident of Park Square in Moore Park KOP.

Looking to make the move to King of Prussia? Visit our Love Where You Live page to read more about KOP’s rental communities.