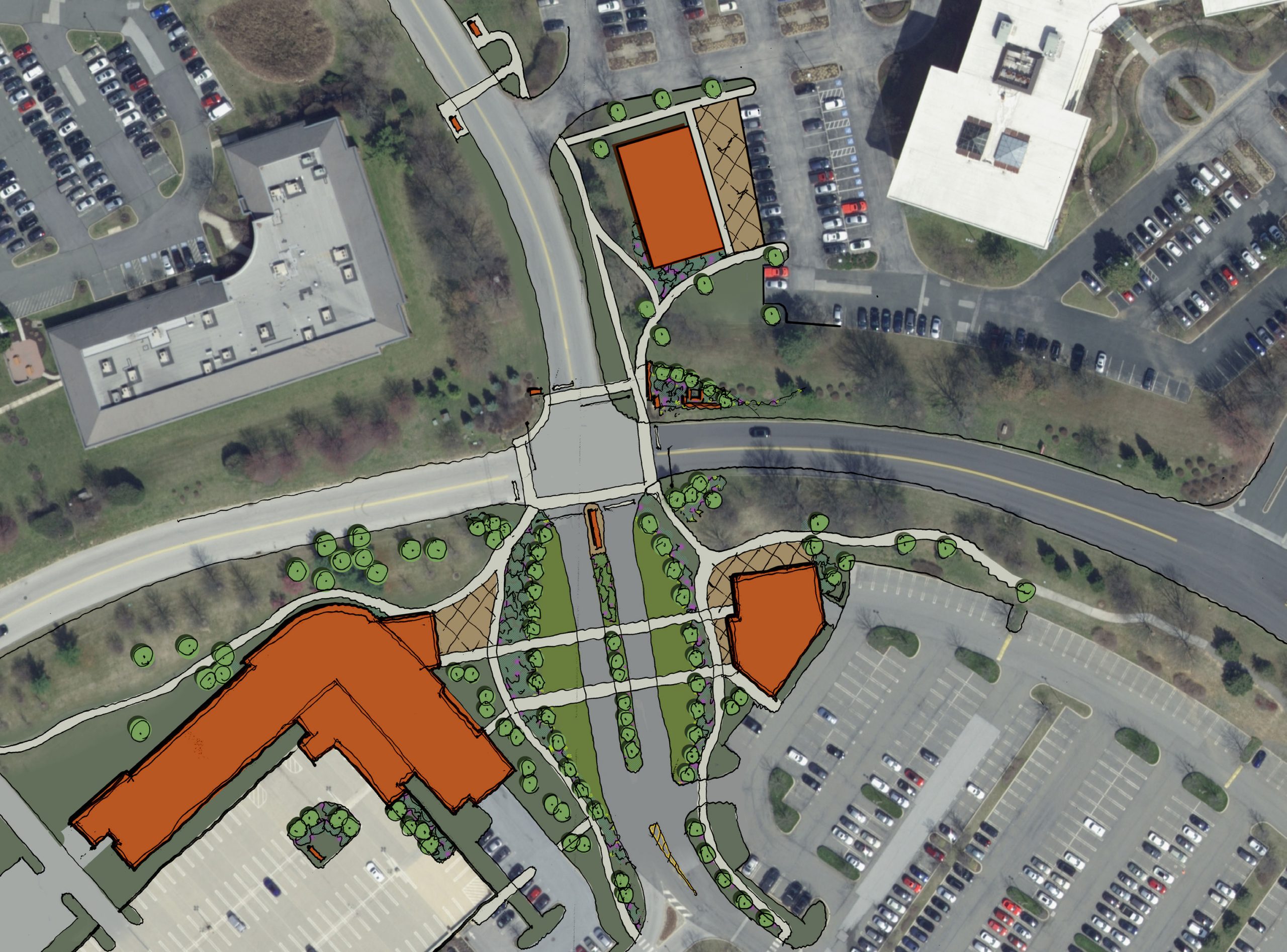 In 2020, King of Prussia of District and Upper Merion Township expanded the district’s boundary to include Renaissance Park, Discovery Labs and GSK.  This addition comes with many opportunities, such as advanced commercial office and lab space and pioneering businesses, to infrastructure improvements like inconsistent street-widths, pedestrian connections and wayfinding and placemaking features.  King of Prussia District is charged with moving this commercial neighborhood into the next development phase that will introduce improvements and amenities that benefit property owners, residents and commuters.

King of Prussia District hired Stantec Consulting Services, Inc. to lead the our organization, commercial property owners, public agencies, business tenants and residents through a visioning and interview process that has culminated in an action plan for the business park.  Through a series of interviews, virtual workshops and surveys, Stantec delivered a matrix of prioritized improvements with estimates and stakeholder participation.  Improvements to pedestrian and transportation infrastructure, streetscape, signage, development design guidelines, public spaces and special events are included in this amenities road map that will enable King of Prussia District and stakeholders to develop Renaissance Park, Discovery Labs and GSK into the next level of mixed-use district. The Stakeholder Engagement: Ideas and Actions for the Future document will be posted for the public later this month.