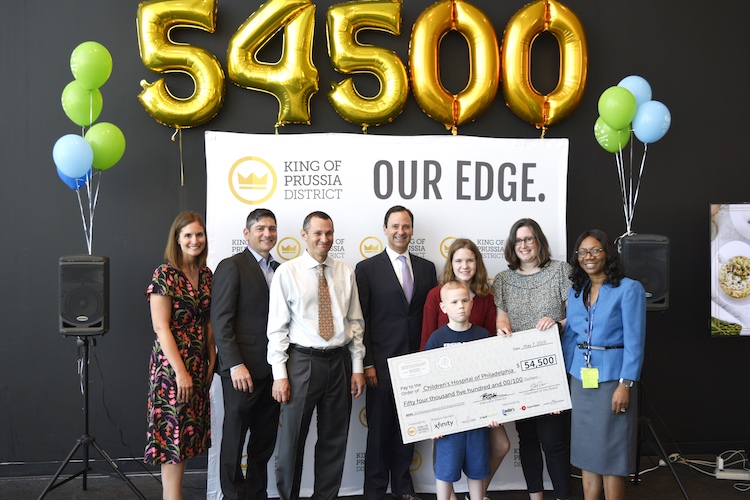 On March 11-17, King of Prussia District produced our fifth annual charitable week of dining and shopping, King of Prussia Restaurant Week and KOP Shops for CHOP. The event featured more participants than ever, with 33 full-service restaurants, 12 fast-casual restaurants and 29 retailers. Each restaurant and retailer donated a portion of their proceeds to Children’s Hospital of Philadelphia’s (CHOP) King of Prussia Specialty Care & Surgery Center.

After tallying the totals, we are excited to announce that this year, restaurants and retailers raised $54,500, over twice as much as last year’s total! In the past five years, this event has raised $112,500 for CHOP!

Representatives from participating restaurants, retailers and King of Prussia District, as well as sponsors, elected officials and friends, joined together on May 7 to present CHOP with the check. The presentation was held in the Savor Food Court in King of Prussia Mall.

“Not only does King of Prussia Restaurant Week and KOP Shops for CHOP highlight KOP’s incredible dining and shopping scene, but these programs also represent this community’s commitment to an incredible institution in our neighborhood,” said Eric T. Goldstein, Executive Director of King of Prussia District. “We are honored to produce these programs each year and support CHOP KOP!”

While “restaurant weeks” are gaining popularity around the country, King of Prussia Restaurant Week’s charity tie in makes it truly unique.  Each restaurant commits to donating a portion of their proceeds to CHOP…but their support does not end there. Throughout the week, restaurants had the opportunity to give back in a more personal way with our Ambassador Program. Children who have been treated or are being treated at CHOP’s King of Prussia Specialty Care & Surgery Center and their families were invited for a special meal at participating restaurants. The restaurants went all out, making sure the kids and their families felt like true VIPs. From The Capital Grille bringing in an owl and creating a table scene worthy of Hogwarts for a huge Harry Potter fan they were hosting, to The Pub by Wegmans bringing out the chef and giving a behind-the-scenes tour, which included meeting some lobsters and a pizza-making lesson! 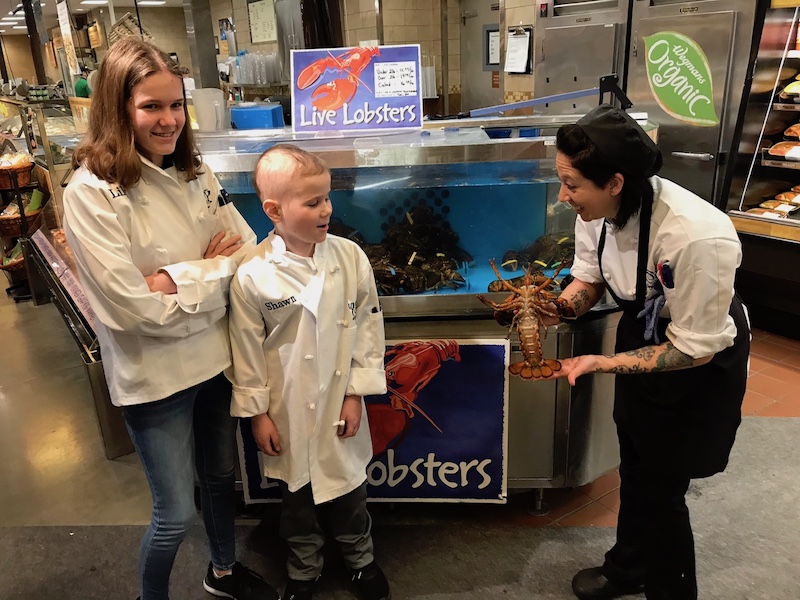 Participating retailers in KOP Shops for CHOP, who also committed to donating a portion of their sales from select day(s) during the week of March 11-17, also did their part to make CHOP families feel special.  Muse Paintbar in King of Prussia Town Center hosted families for a special private painting party.  These special dinners and outings go a long way in brightening the day of these families that are often so busy juggling doctor’s appointments and medical procedures among school, work and other obligations. In all, 21 locations hosted CHOP Ambassador families! 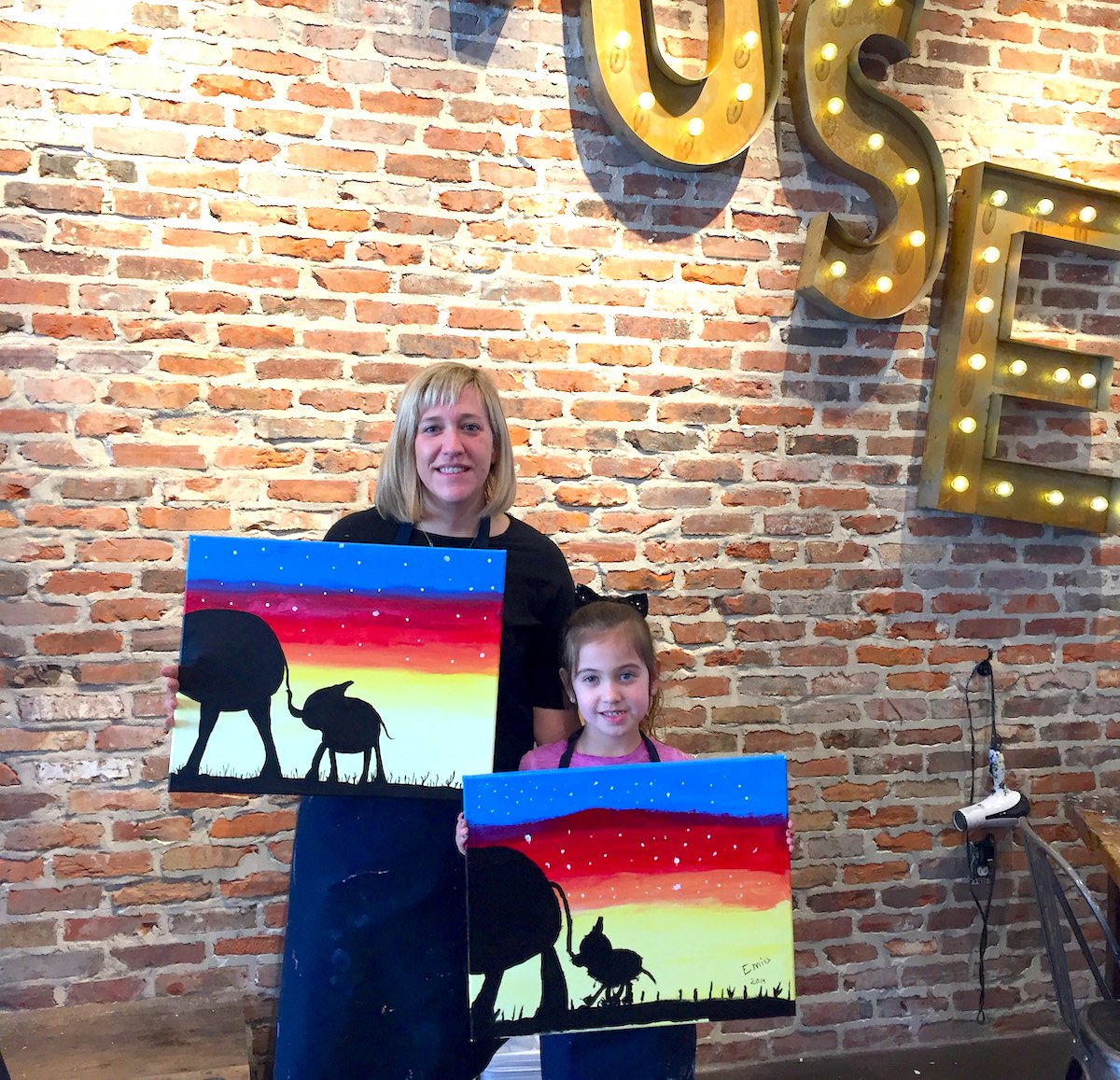 KOP Restaurant Week and KOP Shops for CHOP also featured a number of new special events this year that added to the excitement and energy of the week. From a fun tech demo and food sampler at Xfinity in King of Prussia Town Center, to a fashion pop-up fundraiser for CHOP at Mistral in King of Prussia Mall, each unique event featured participating restaurants and retailers to encourage cross-pollination. 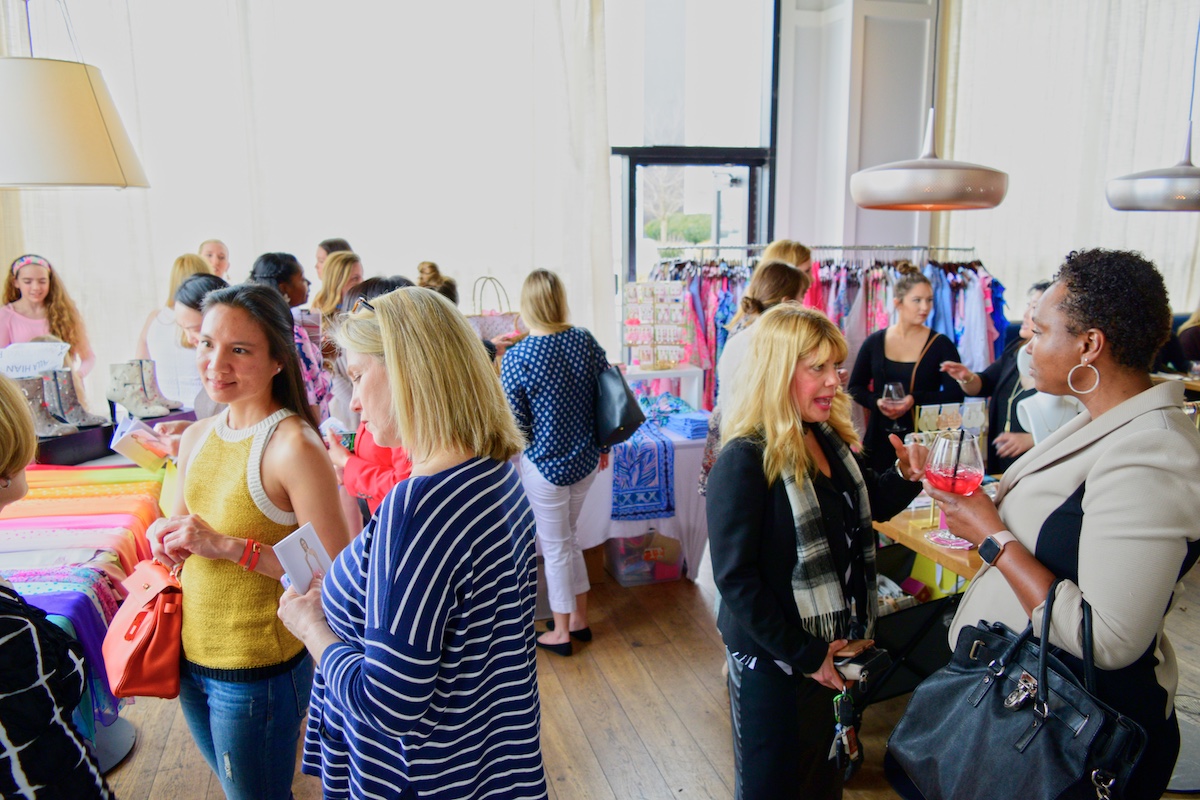 Big plans are already underway for 2020 KOP Restaurant Week and KOP Shops for CHOP.  We can’t wait to unveil what we have in store soon!