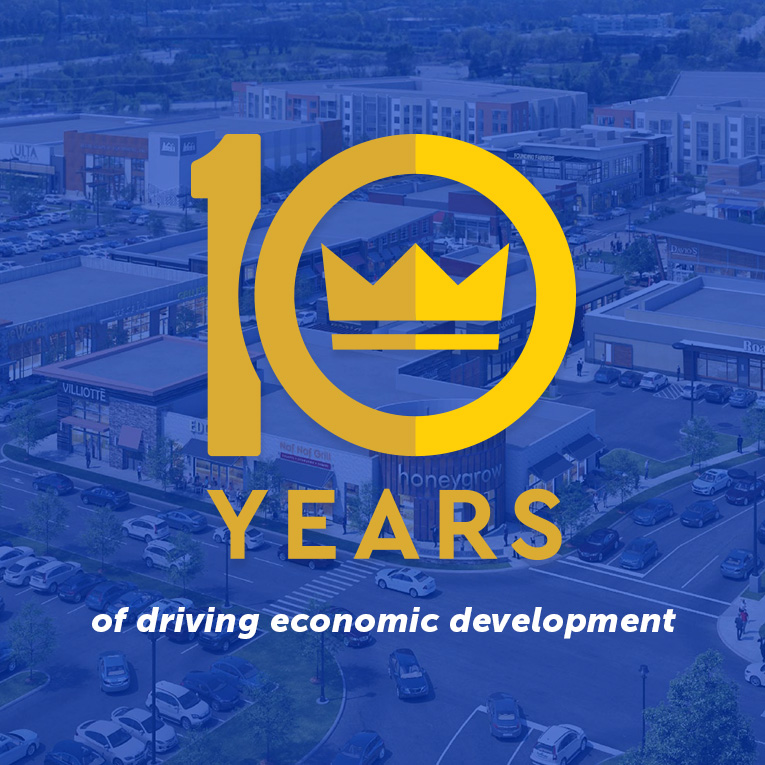 For the past ten years, King of Prussia District has worked alongside stakeholders and partners to drive economic development and job growth in King of Prussia (KOP). We worked diligently to rebuild KOP’s reputation as one of Pennsylvania’s premier live-work-play communities.

Here are the most significant ways I believe we contributed to the recent growth of the Township during this past decade:

We certainly believe our efforts have been incredibly successful and we are enormously proud of our contributions to the resurgence of KOP. KOP is in the midst of a decade that brought more than $3B in economic development to the community and…we are just getting started. I’m looking forward to the next ten years of growth and prosperity!